For the last match of the day I fought Paul's Germans. With his 28 units and my 21 I was going to have to destroy a lot of Germans to win! 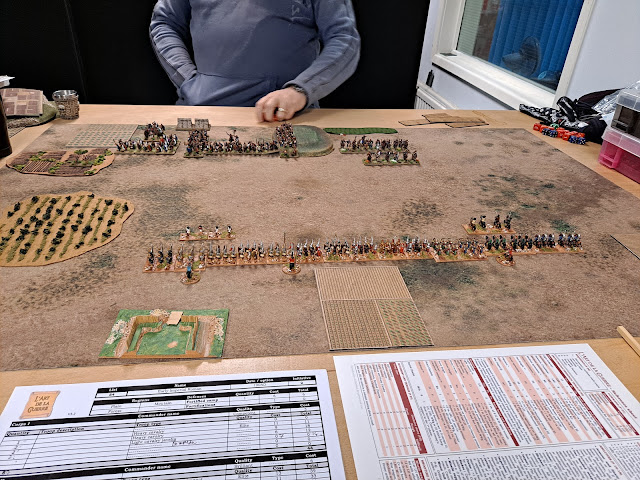 The Romans reorganised and brought 8 cohorts to the table, 2 auxilia and 2 bows, and 4 heavy cavalry and the usual light troops. 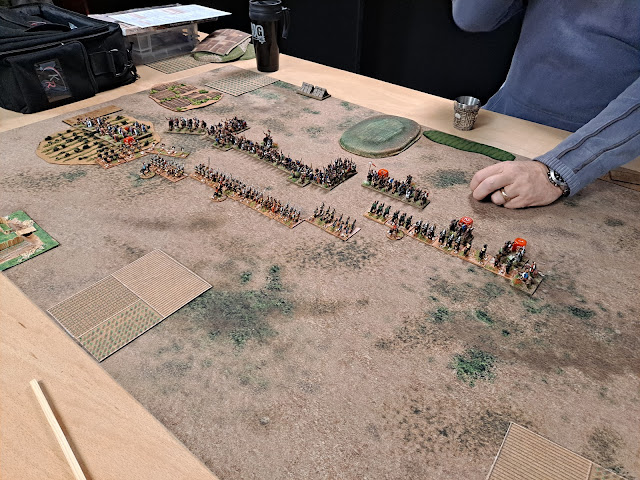 Light cavalry contact has been made on the right while the main Roman line moves to engage. The Auxillia fight a holding action in the plantation on the left. 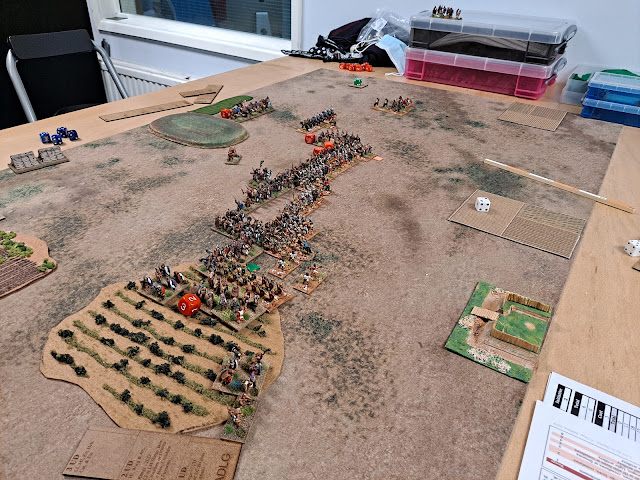 The Moorish light cavalry win, excellent performance across all three battles; meritorious unit award me thinks.The right centre has engaged while the cavalry pursue the German cavalry after detaching units to support the right centre. 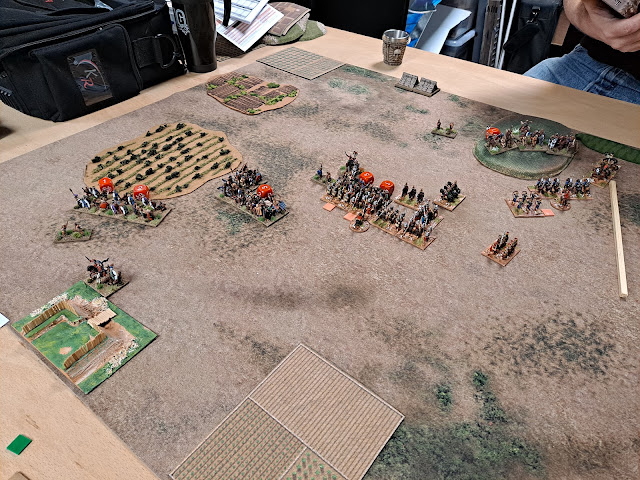 Although the Roman left flank has been broken, and the camp threatened (it didn't fall), the centre has defeated the German warbands extensively in the centre. Another meritorious unit goes to the Assyrian Bowman who despite 2 cohesion points defeated the warbands it was engaged against.

A Roman victory, we just got over the line, and it might have been a game turn sooner if I wasn't as impetuous as the German warbands! The Germans hung around on 25 cohesion points lost out of 28 for about 3 turns!

at October 25, 2020
Email ThisBlogThis!Share to TwitterShare to FacebookShare to Pinterest
Labels: ADLG