See it was at least sunny enough when we started! A typical Greek deployment with Hoplites in the centre and the light troops and cavalry thrown out to the flank. Paul seized on the gully I chose as a useful piece of flank protection. 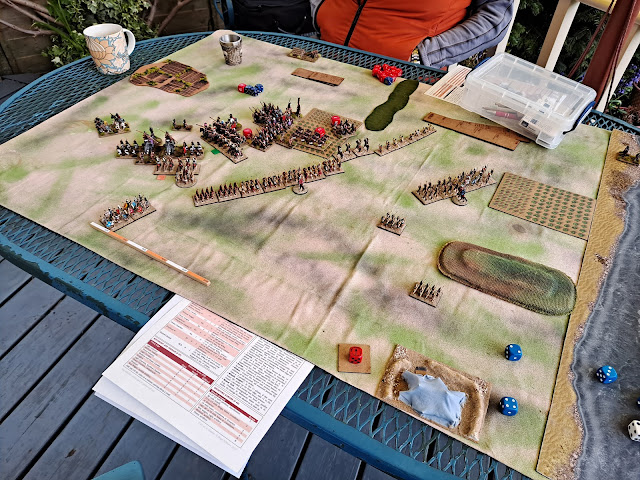 I left-wheeled the Greeks as quickly as I could into the Bactrians. Meanwhile Paul's Bactrians are doing their own left wheel with their faster troops into my flank. I have started to inflict some hits despite losing two light cavalry who I impetuously charge into hos light cavalry. 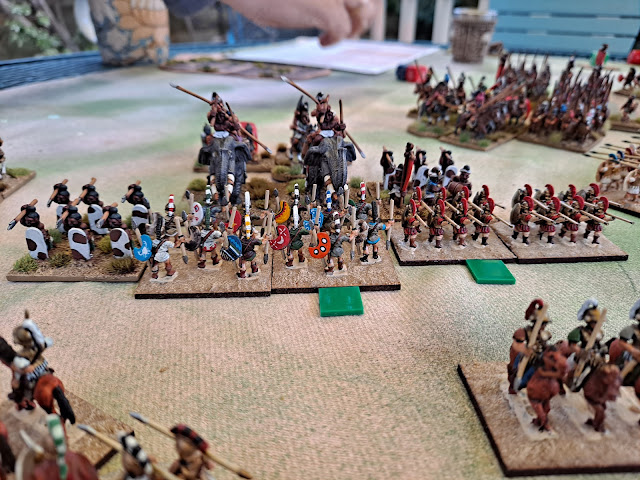 The Greek Peltasts supported by the Hoplites try to drive of Elite Elephants. 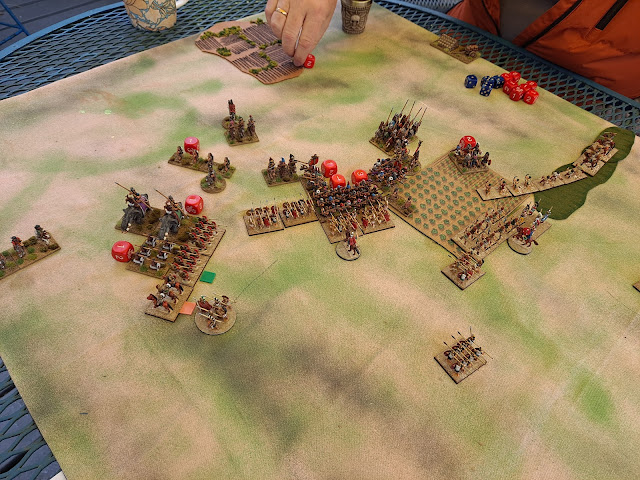 Despite the Greek loses on their left flank to the elephants the Greek right has destroyed the Indian archers in a lengthy fire fight. In the centre the Greek Hoplites are more than holding their own against the Bactrian phalanx. 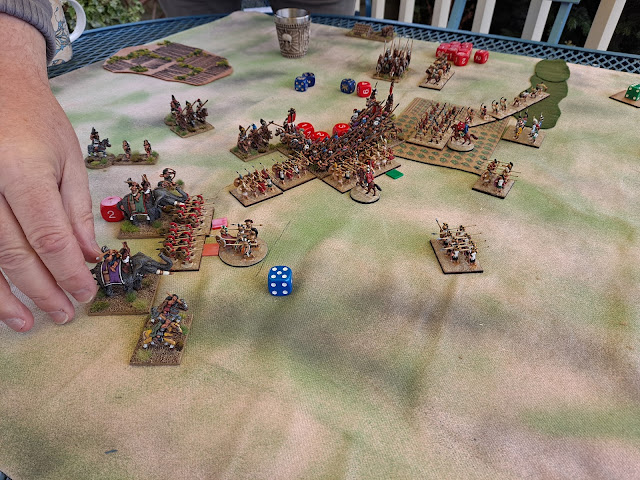 The Greek medium cavalry has been destroyed and the Elephants have found a new target. The centre is being strongly contested. 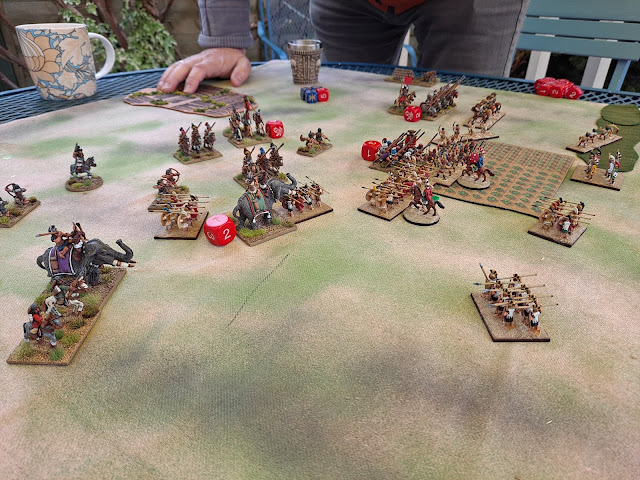 The Hoplites have destroyed the Bactrian Phalanx, and the Peltasts are about to destroy the remaining phalanx. At this stage I only needed one more hit to defeat Paul. I missed the opportunity to engage his cavalry with my hoplites to secure a hit and the chance went begging as he managed to rally his units and then destroyed the peltasts with his cavalry. Once again trying to get that last point to beat Paul proved elusive!

at May 01, 2021
Email ThisBlogThis!Share to TwitterShare to FacebookShare to Pinterest
Labels: ADLG